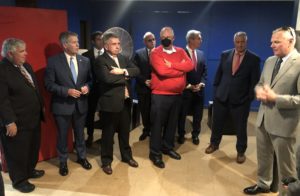 “It was truly educational to observe this training,” said Timilty. “The Top Gun program is especially beneficial in that both officers and prosecutors learn from each other what it is like in their respective roles. It is a great example of local and state agencies working together. This training makes our officers, our citizens, and our communities that much safer.”

“Joint Base Cape Cod is an outstanding facility to use for this dynamic training. Law enforcement members are able to safely simulate arrest procedures in former barracks,” Timilty said. “Their actions are, simultaneously, being monitored on camera providing feedback to the control room in another nearby structure. Safety is the utmost concern.” 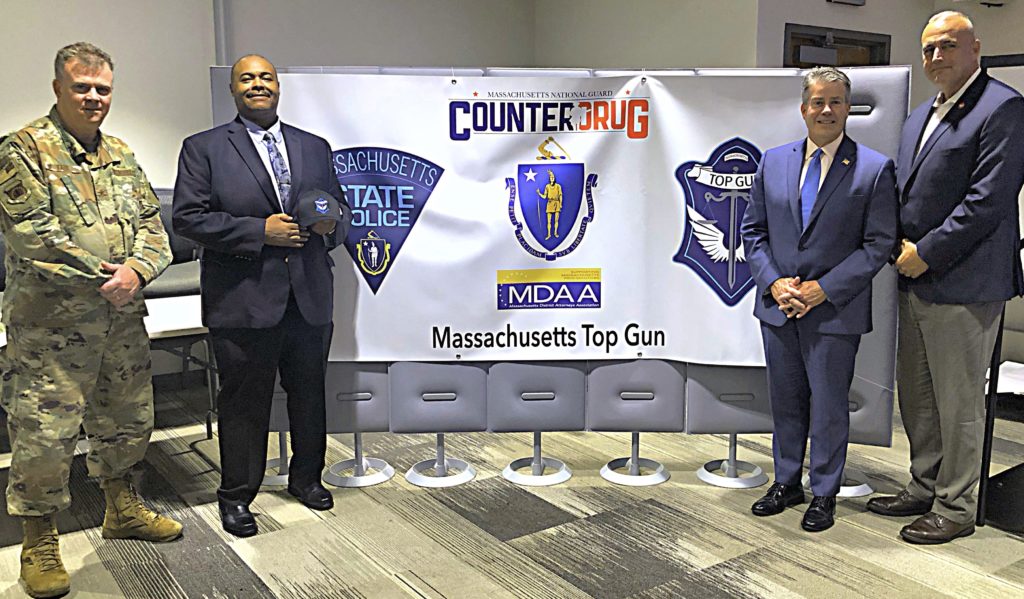 Timilty observed one day of this weeklong course, which gave police officers, attorneys from each county, including Norfolk, Bristol and Plymouth counties in the Senator’s district, the opportunity to see a narcotics case from the other’s perspective.  It also provided invaluable opportunities for networking, which creates connections that are important to improving communication between different agencies and departments across the Commonwealth and the country.

The Top Gun program provides an estimated 80 or so participants each year with the latest information on drug-case investigative techniques and the law. The course focuses on the various stages of a drug probe, from the time the initial information is received, the resulting search warrants and, ultimately, taking the case to court.  Students develop an interdisciplinary perspective on the legal and practical aspects of complex narcotics investigations.