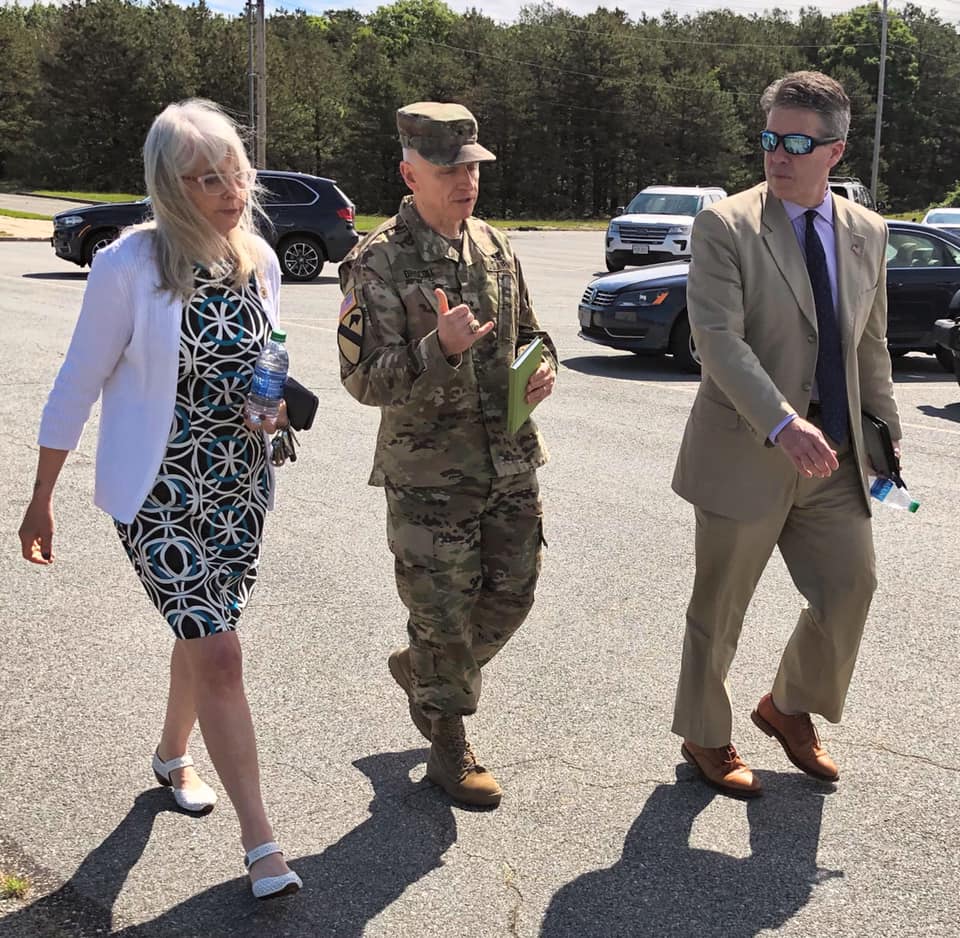 BOURNE, MA – State Senator Walter F. Timilty (D-Milton), Senate Chair of the Joint Committee of Public Safety and Homeland Security, attended Cyber Yankee 2021 on Wednesday, June 16th. This program was a regional exercise to provide cyber responders a virtual range on which to train and test their skills against cyber attacks. The training was held at the 101st Regiment-Regional Training Institute located on Camp Edwards, Joint Base Cape Cod.

“We have, right here in the Commonwealth, several agencies that have recently experienced cyber security breaches. Specifically, the Massachusetts Steamship Authority, a Massachusetts payroll company, and a hospital near the South Coastal area, have all experienced cyber attacks disrupting their operations. Imagine the consequences of a large-scale attack on critical government infrastructure or utility companies. Cyber attacks have the potential to be utterly devastating to our Commonwealth and to our nation’s security,” said Timilty.

Timilty said that by engaging the National Guard, the Commonwealth will be able to defend against and triage a cyber crisis.

“The National Guard, specifically, the Joint Task Force – Cyber, is in a position to support industry partners in upholding critical infrastructure. These types of cyber training exercises at the local and regional levels support our national defense efforts,” Timilty stated. “Moreover, the National Guard, on order of the Governor, can be activated at a moment’s notice to reinforce government operations if an attack occurs. By training annually, we are better positioned in the event of an actual incident.”

The training was broken down into four targeted groups, or “Blue Teams,” comprising of mission partners from across New England. A “Red Cell,” was then focused on barraging blue teams with a myriad of cyber attacks, while a “White Cell” regulated and assessed event operations. The friendly Blue Team had to deal with simulated attacks from an opposing Red Team.

Timilty observed operations of Blue Team 1. This team simulated a fictitious Massachusetts power company, embarking on realistic scenarios to test and develop procedures and processes, while developing practical experience with new tools of the trade.