(BOSTON, MA) – State Senator Walter F. Timilty (D-Milton) has requested an oversight investigation into the Massachusetts Bay Transportation Authority (MBTA) for its handling of the Mattapan Line Transformation project. The senator made the request to the state Senate Committee on Post Audit and Oversight.

This request comes after a two-year delay to this multi-phased restorative effort on a transportation line that serves the communities of Mattapan, Milton, and Dorchester. The project first focuses on improvements to the trolleys, then, later focuses on station improvements.

“In my opinion, the MBTA has failed to meet the needs of the people of the Commonwealth, for whom this transportation serves as a lifeline each and every day,” said Timilty. “This transformation project has encountered multiple delays and is currently more than two years behind schedule. This is both unacceptable and frustrating.”

In addition to this two-year delay, Timilty has been fighting for repairs to dilapidated stairs at the Milton station. Currently, the stairs are crumbling and have barriers in place to prevent usage. 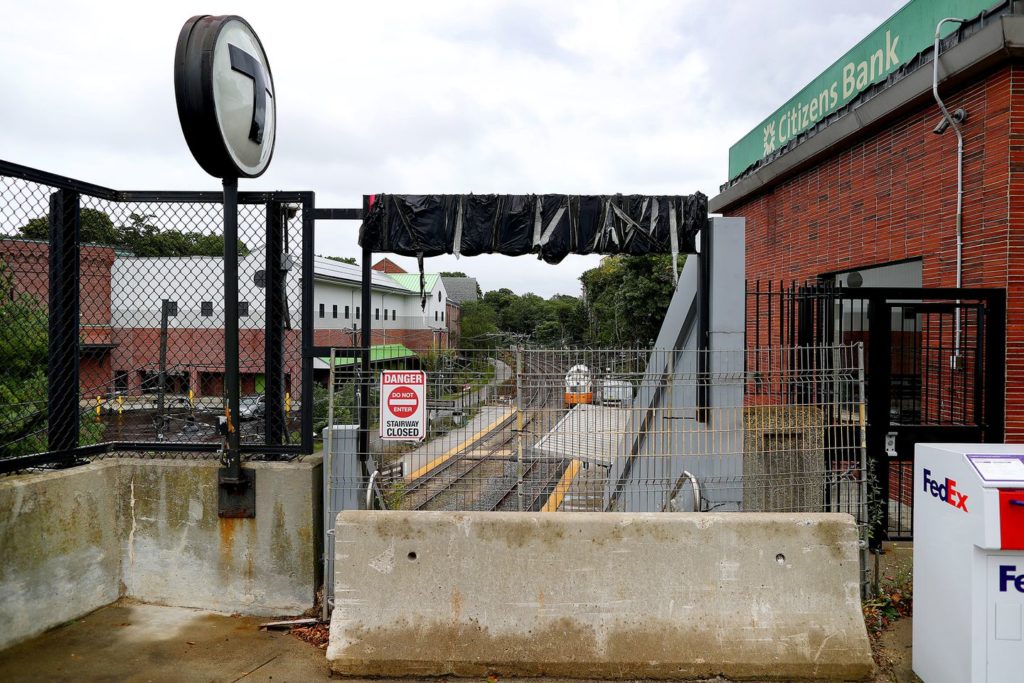 “Repeatedly, on behalf of the constituents that I serve, I have asked the MBTA to provide timeline details on safety improvements here at the Milton Trolley stop. There is no date in sight,” he said.

“While the Milton Station stair repairs are scheduled to occur in phase 2, it was only in April of 2021 that my office was informed by the MBTA that no temporary safety measures would be implemented at the Milton Station,” said Timilty. “We were informed that this was due to concerns with triggering Americans with Disabilities Act requirements, and that the plan was now to completely redo the station when the Mattapan Transformation Project moves forward.”

“Not only do we need services that are consistent and dependable – but, truly, we need safety and accessibility at our stations now,” Timilty said.

Prior to the COVID-19 pandemic, the Mattapan Trolley Line served more than 6,000 riders every day. The line runs along 2.6 miles of track connecting the Mattapan station to the Ashmont station on the Red Line.

For phase 1 of this project, $7.9 million was allocated for trolley fleet improvements, including car body repairs.  The anticipated improvements proposed by the MBTA will extend the lifespan of the existing trolley cars by 8-10 years.  The entire fleet of 10 trolley cars will undergo these modernization upgrades and repairs.

“We are requesting that the MBTA, specifically General Manager Stephen Poftak, provide a detailed explanation outlining the reasons for the delay in completing this project, associated costs with the delay, as well as an updated timeline for the completion of each phase of the project,” stated Timilty.

This demand, also, stems from a lack of communication to the senator by the MBTA.  Timilty has repeatedly requested information from the T at various points during the past two years.