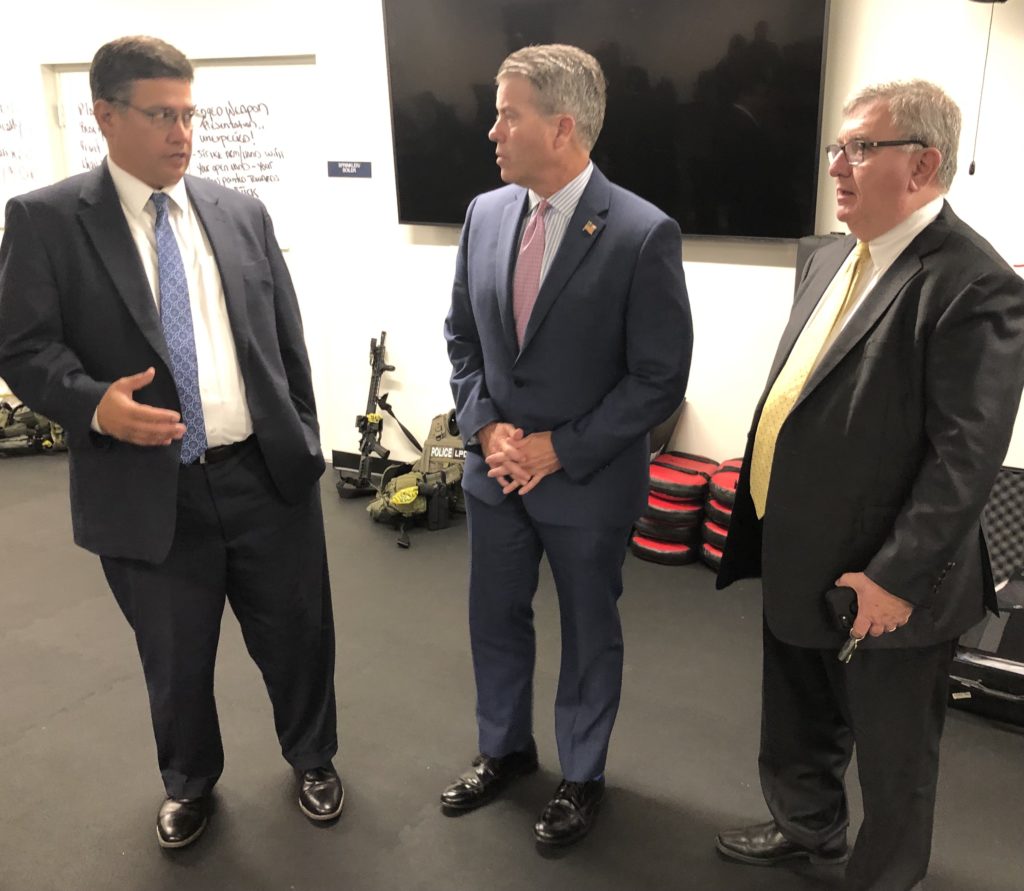 “I consider it vital to visit training sites, such as this one, both as a legislator and as the Senate Chair of the Joint Committee on Public Safety and Homeland Security. I am able to observe, first-hand, the type of training experience, as well as the needs, facing our emergency personnel,” said Timilty. “This engagement offers both an understanding and appreciation of the level of training available to our municipal police officers.”

The tour was led by Robert J. Ferullo, Jr., Executive Director of the Municipal Police Training Committee (MPTC), who served previously as the Town of Woburn Police Chief.

Ferullo  explained that the training facility was relocated to 42 Thomas Patten Dr., Randolph, MA, on January 1, 2020. 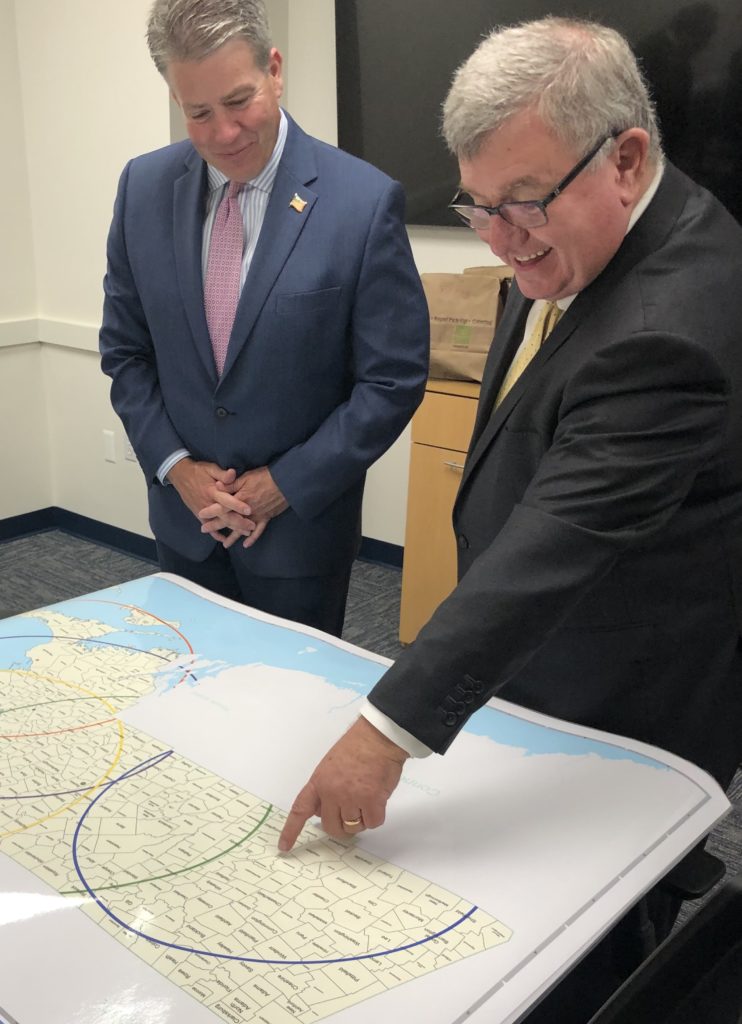 “We have a great deal of space here, with state-of-the-art technology,” said Ferullo.

The building has seven classrooms ranging in capacity from 20 students to 110 students, as well as a 4,000 sq. ft. fitness center to support basic recruit training. This facility is the central hub for the equipment and supplies utilized at MPTC regional academies throughout the Commonwealth.  All classrooms and meeting rooms in this facility have state-of-the-art technology allowing for remote delivery of all programming taking place in the rooms.

“It is my goal to work with the Administration and local communities, as well as with my colleagues in the State Legislature, to fight for appropriations that will enhance public safety preparedness. This will ensure that both law enforcement and the communities they serve, will be safer,” Timilty said. 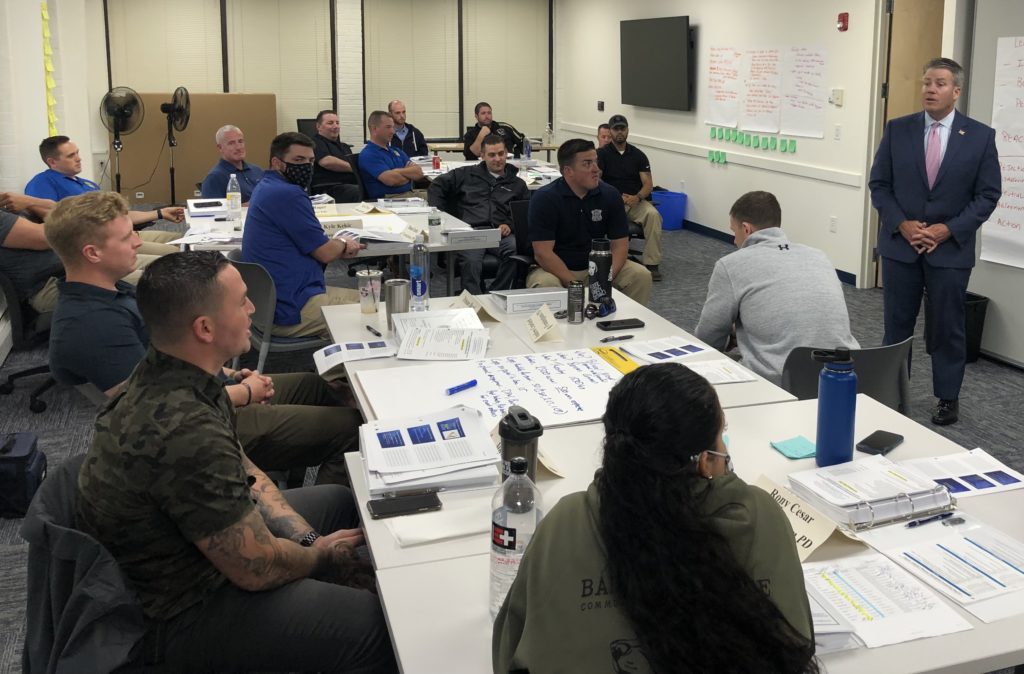 This location not only houses the regional police training operations but is also headquarters to MPTC. The MPTC is responsible for the development, delivery, and enforcement of training standards of municipal, MBTA, Environmental, campus police officers, and deputy sheriffs performing police duties and functions.

The MPTC contributes to the safety and security of the Commonwealth’s citizens by establishing training standards for and delivering training to more than 20,000 men and women who serve as police officers throughout the Commonwealth. The training ranges from basic training for new officers, to mandatory and specialized professional development training for incumbent officers.