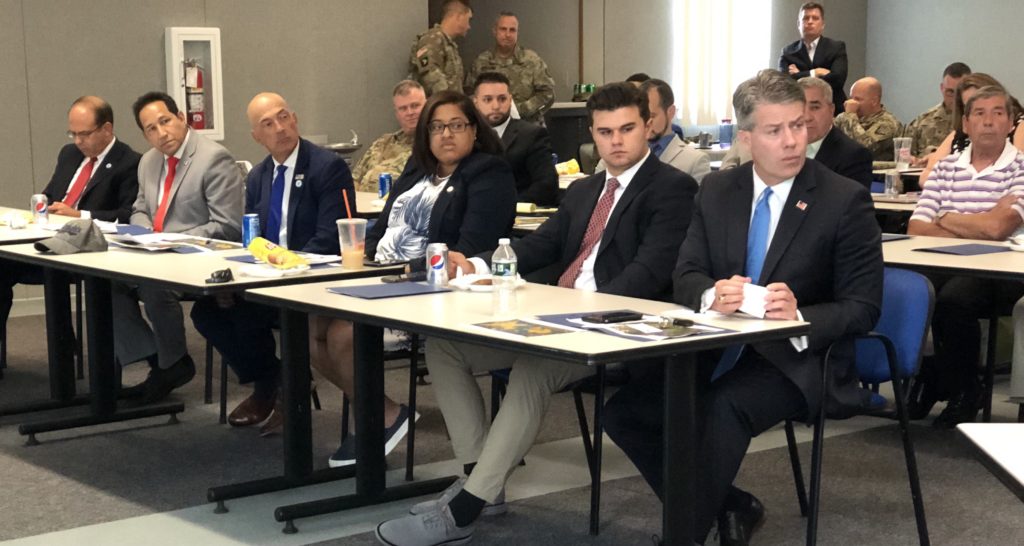 The briefing, provided by Adjutant General Gary W. Keefe and his team, focused on the history of the guard, its cyber security capabilities, and its counterdrug operations.

“Having the Massachusetts National Guard as a s resource has provided much needed field assistance to law enforcement in the areas of detection, interception, and disruption of drug trafficking,” said Timilty. “In addition, the Guard’s support in cybersecurity to both the private and public sector of the Commonwealth is vital. This briefing to the Joint Committee on Public Safety and Homeland Security, which I co-chair with State Representative Carlos Gonzales, proved to be very informative. The Guard is ever ready to be called upon.”

In these operations, the National Guard provides support in the areas of analysis, information technology, communications, aviation, and facilities, as well as lingual assistance.

Recently, the Massachusetts National Guard Counter Drug Program, Massachusetts State Police, and Massachusetts District Attorney Association hosted the inaugural Top Gun Massachusetts Undercover Narcotics Officer Training. This training provided an opportunity for both investigators and attorneys to learn the most current information on investigative tactics and the law in regard to drug cases.

“One aspect of our job as legislators is to support other branches of government, like the Massachusetts National Guard. This in-person experience is important for the Joint Committee on Public Safety and Homeland Security to fully understand and appreciate the extent of the Guard’s operations,” said Timilty.